Navigating through the wide variety of salts on the market can be a dizzying adventure. While refined (table) salts can have adverse side effects, pure salts (Celtic, Himalayan) can be one of the healthiest things  we consume. People often ask which is the healthiest between the two. This article from themedichannel.com lays out the comparison for you:

Celtic Sea Salt vs Himalayan Salt – Which One is Healthier? 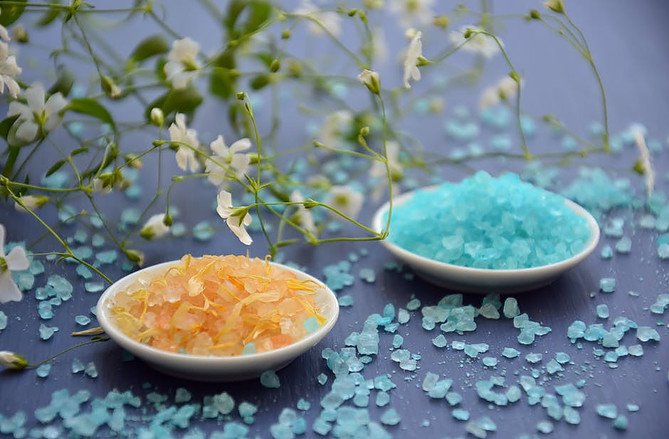 Salt is a major source of sodium which is an essential nutrient our bodies need only in a small amount to be healthy. Sodium is an electrolyte, a mineral that helps to balance our body’s fluid, and ensure the proper functioning of our muscle and nerves. While there are many types of salts, in this article, we will be mainly looking at the differences between Celtic sea salt vs Himalayan salt to confirm which one is the healthiest.

As important as this mineral is to our body, too much of it is also harmful to our health. When we consume too much salt, the body may not be able to get rid of the excess sodium, and this can result in high blood pressure which could increase the risks of heart disease, stroke and kidney disease.

If you are diabetic, you don’t need to monitor your carbohydrate intake only but also your salt Intake. This is because according to the American Heart Association (AHA), adults with diabetes are 2 to 4 times more likely to pass from heart disease compared with those who don’t have diabetes.

The message here is that you should reduce salt intake and also need to switch to healthier salt not refine salt with no added nutrient but only sodium chloride. Salts with anti-caking agents and sugar used as stabilizer are not good for you.

As a solution, you may try Celtic salt and Himalayan pink salt which are natural and pure salt which the body can easily absorb. Both have no additives but trace elements which your body needs.

Let’s find out on each of the two salts first.

What is Celtic Sea Salt?

Celtic Sea salt, also known as “Sel Gris”, which means “gray salt” in French, is collected from coastal areas around Brittany in France.

Its light grey with hues of purple color comes from the minerals it absorbs from the sandy clay found in the salt pan. Its ability to hold water makes it moist, containing about 13% of residual moisture.

The salt is harvested by hand after the salt pan is dried in the sun and wind using traditional Celtic methods. The Celtic salt can be used both for cooking and finishing.

Celtic salt helps to regenerate the hydroelectric energy in the cells. Sodium helps to prevent fatigue and the abundant micronutrients in the salt helps to calm the nervous system, which allows you to sleep better and prevent insomnia which boosts your energy.

Celtic sea salt supplies your body with trace minerals that help to protect the body from infection and diseases. It also helps the body to heal faster.

When consumed regularly, it helps to eliminate excess mucus, thereby reducing nasal and lung congestion and using it as a bath salt can help to heal wounds.

It helps to eliminate excess acidic waste and toxin from your cells which helps in maintaining a healthy acid-base balance.

Celtic salt helps to maintain the electrolyte balance which eliminates the water retention in your system.

What is Himalayan Salt?

The Himalayan salt is harvested by hand from the Khewra salt mines located at the foothills of the Himalayan mountain ranges in Punjab (Pakistan). These salt mines are the biggest and oldest salt mines with rich mineral salt deposits left after the sea and lakes beds dried up many million years ago. These huge salt deposits were buried under layers of mountains for many centuries until they were discovered a few centuries back.

The Himalayan salt crystals are pink in color with orange hues because of the minerals it absorbed from the soil.

Himalayan Crystal Salt is hand-harvested to retain all-natural minerals. It contains about 98% of sodium chloride in weight and 84 trace elements. It can be used for cooking, sprinkled as finishing, as a bath salt and for halotherapy.

Here are some of the benefits of Himalayan salt.

· Pink Himalayan salt comes from biggest and oldest salt mines, the Khewra Mines in Pakistan. Buried under the mountains, it is believed to be the remnant of a dried ancient sea.

Meanwhile, the Celtic sea salt comes from the coastal areas of Brittany in France. It is harvested from shallow clay-lined salt pans.

The Celtic sea salt, also known as the grey salt, has a light grey color with subtle shades of purple. Its distinctive color is ads as a result of the traces of magnesium in it.

Both salts have a different but unique taste, and both can be used to replace table salt.

Pink Himalayan salt has a flavor with a strong mineral note whereas, the Celtic sea salt has an intense, briny flavor. So, when it comes to which of them have a better taste, that depends on personal preference.

This is how to test the purity of Himalayan pink salt.

Which Salt is the Healthiest?

Both the Celtic Salt and Himalayan are similar chemically, and both are healthy salts with different minerals and trace elements.

Himalayan salt is considered to be purest and healthiest because of its source – it was covered under lava for centuries which protect the salt from modern days’ pollution.

Tip: Do you think smoked salt healthy? Follow the link for the complete guide on how smoked salt effects on diabetes and hypertension.

When To Choose Celtic Sea Salt Over Himalayan Salt?

When cooking a delectable dish like savory beef, fish, lamb and game, using Celtic sea salt is a better option because of its intense flavor. It is also a better option than Himalayan salt when it comes to marinating your fish, meat or any other food or coating the food or if leave the food for to long because Himalayan salt is a dry salt and it will draw out the liquid from the foods.

When To Choose Himalayan Salt Over Celtic Sea Salt?

You can use the salt block or plate to cook and serve steaks, seafood and vegetables.

Himalayan salt in its block form can be used as a tool for cooking steaks the way a skillet is used by placing the steak on the Himalayan salt block that has already been carefully heated. Using the Himalayan pink salt plate to serve food enhances the appearance of the food and add a little saltiness that will not overwhelm other flavors.

Use it for mildly flavored dishes that do not require a strong salty flavor to overwhelm the other delicate flavors used in preparing the dish.

You can also use Himalayan pink salt as finishing if you want to give your dish a crunchy texture.

Which Salt is Best for Diabetes? Why?

Both Himalayan salt and Celtic salt are unrefined, with no additional additives. Both of them do not contain white sugar popularly use in stabilizing iodine in table salt which can spike the blood sugar level neither does contain derivatives of Aluminum like alumino-silicate and alumino-calcium silicate used as an anti-caking agent in table salt. And studies have shown that diabetics are prone to accumulate aluminum around their bones which can lead to aluminum bone disease.

Both Himalayan salt and Celtic salt a chemically similar with no added sugar and no anti-caking agent. Both contain trace elements needed for the proper functioning of the body.

The Himalayan salt contains more sodium than Celtic salt, it has almost the same quantity of sodium as table salt but contains two trace elements which can naturally help the body to balance the blood sugar level – magnesium and vanadium.

It also has Chromium which boosts the ability of insulin to regulate blood sugar and Potassium, which is required in the biochemical process of converting sugar to glycogen.

Taking these salts in moderation, can help to balance your blood sugar levels, and aids in the absorption of food which helps to prevent diabetes.

Tip: Chinen salt is one of the best salt salts for diabetics.

Which Salt is Best for High Blood Pressure? Why?

Although both Himalayan pink salt and Celtic salt can help to balance the blood pressure by regulating body fluid which also helps to prevent edema, boost your energy and calms the nerves which helps one to relax and sleep better thereby reducing stress; but, both of them contain sodium!

Sodium in as much as it helps to balance the blood pressure when consumed in large quantity is one of the major cause of high blood pressure.

Himalayan pink salt contains almost the same quantity of sodium as the normal table salt. In contrast, Celtic sea salt contains a lower amount of sodium than Himalayan salt and table salt which makes it a better option for those with high blood pressure because they will be consuming salt with lower sodium content.

Tip: Did you know some use Himalayan Salt Inhalers to help fight with stress and sleep issues?

All salts are salt, the difference is that some a refined and some are not, and some are considered to be ‘healthier’, purer and with more nutrients than others. But the most important thing you should note is that all salt contains sodium which comes in form of sodium chloride which what makes salts salt, even though the quantity may differ depending on its source.

Do not use Himalayan pink salt as a low sodium alternative because when compared in weight with table salt, it contains almost the same quantity of sodium.

If you choose to use Himalayan salt or Celtic salt, do not use more than the recommended quantity of 1500mg to 2400 mg per day. Especially if you are diabetic and do not stop eating salt entirely, still you need to reduce your salt intake because that too will not be good for your health.

If you are switching from table salt to Himalayan or Celtic salt, include food that contains iodine to your diet, food such as seafood, sea vegetables, strawberries, spinach, dairy products, and eggs since both salts are not iodized like the common table salt. So, using them cannot give our body daily amount of iodine it needs.

All salt – refined or unrefined contains sodium, and too much of it in our diet is a link to high blood pressure. Our body needs salt, but in moderation! So, we have to try not to exceed the recommended daily salt intake which is 1500mg to 2400mg.

If you are diabetic watch your salt Intake because you are more at risk of having high blood pressure and developing heart diseases than non-diabetics and also switch to a healthier and unrefined salt for preparing your meals.